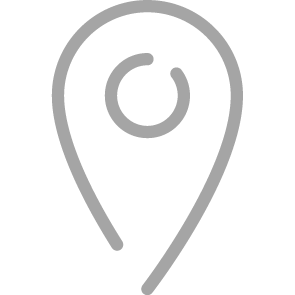 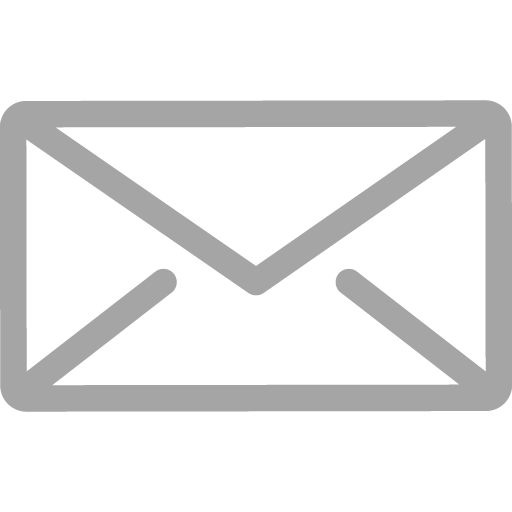 Fernanda Sodré Dias joined TreeCorp in August 2020. Previously, she was a partner of the M&A area of PwC and worked at Rosenberg Partners and Xingu Capital, and in the Portuguese investment bank Banif IB in the consultancy in merger & acquisition operations and fundraising.

She graduated in Administration at Universidade de Brasília (UnB) and has an MBA in strategic business management by Fundação Getúlio Vargas.

Nemer Rahal is a senior executive with around 30 years of experience in the financial and investment markets. His prosperous career includes senior roles in prestigious institutions such as JP Morgan Chase and Patria Investments – a Brazilian leading alternative investments firm – where he worked as the partner responsible for Sales & Investor Relations for more than 15 years.

Since 2017, Nemer has remained thoroughly engaged in the venture capital market by acting as an angel investor and mentor for selected startups and more recently as a Managing Partner at Mindset Ventures. Additionally, he has engaged in initiatives in the impact economy market, including being a co-founder and Board Member at ForFuturing.

Nemer holds a bachelor’s degree in civil engineering and an MBA from Insead, besides a Certificate in Corporate Innovation from Stanford University.

Nemer holds a bachelor’s degree in civil engineering and an MBA from Insead, besides a Certificate in Corporate Innovation from Stanford University.

Daniel McQuoid is founder of TreeCorp and currently participates in company’s the Advisory Board. From 2012 to 2019, he was a Managing Partner of TreeCorp, actively participating in the Investment Committee, as well as in new businesses origination and portfolio management. First, he developed an international career during 24 years in Bank of America, especially in the Investment Bank area, being the CEO and Managing Director in Brazil from 1999 to 2002. In BankBoston, from 2004 to 2006, he was Managing Director and responsible for the Wholesale Baking and Investments Division. From 2006 to 2009, held the position of COO of JHSF, participating in the company’s IPO in 2007 and in the big growth in the real state incorporation and shopping centers areas. Daniel has an active role as Independent Member of the Board of Directors of the Banco CCB (Brazil) since 2014, besides being a Member of the Board of Directors of the Ô Insurance Group since 2017.  Previously, he contributed to the Boards of BicBanco (2010 to 2014) and Banco Standard (Brazil) from 2008 to 2010. Besides that, participates in the leadership and is a member of the YPO Brasil Board since 2000, being president of Board in the Brazilian Area from 2011 to 2014.

He is an active member of the Board of Director of the investments in MC1 and Conseg Participações.

Bruno Levi D’Ancona entered Treecorp in the beginning of 2013 and is currently its managing director, being responsible for investment origination and monitoring. Before joining Treecorp, he worked in the Investment Bank division of the Barclays for almost a decade. He helped to structure and carry out IPOs, consolidation & merger and structured debts. Regarding investment banking, he worked in the IPO of Magazine Luiza, Arezzo, Technos, among others.

He holds a master’s degree in Management by Harvard University and a bachelor’s degree in business administration by Insper.

He participates in the council of Innova Property Management and id currently a council member of Zul Digital and chairman of the board in Conseg.

He holds a bachelor’s degree in Business Administration by Fundação Getúlio Vargas focused on corporate finances and economics, and an MBA by FGV EESP. 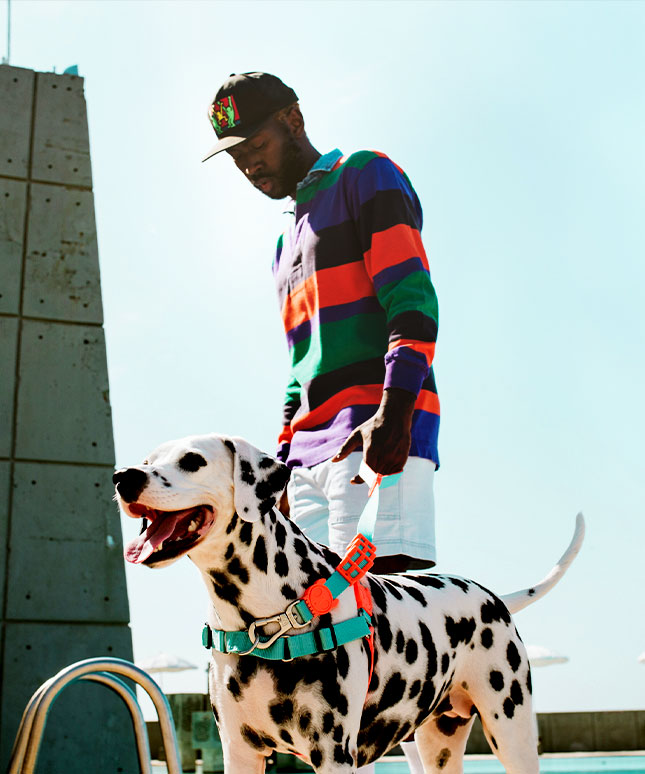 Established in 2012, Zee.Dog has become the biggest pet accessories brand in Brazil. Currently, the company operates in several channels – B2B, Ecommerce, physical stores and franchises – it is present in more than 23 countries. In 2019, the Zee.Now app was launched, which offers several categories of third-party and own-brand pet products. Its advantage is in the delivery within 1 hour, free shipping and 24/7 operation. https://www.zeedog.com.br/ https://www.zeenow.com.br/ 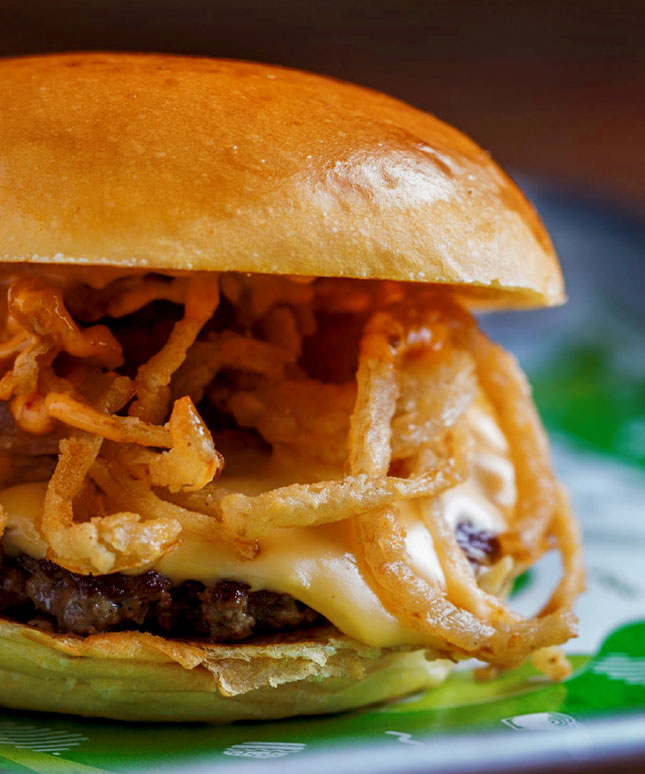 Established in 2016, Cabana is currently one of the main burger chains in the casual dining segment in the country. Present in São Paulo and Rio de Janeiro, the restaurant is prominent for its environment and for the high quality of its burgers, which guaranteed it a prominent position in The World’s 50 Best Burgers ranking. www.cabanaburger.com.br

Danilo Just Soares entered TreeCorp in November 2012. Previously, he was a senior associate in Vella, Pugliese, Buosi Guidoni Advogados in M&A division and corporate law, in which he advised opened companies, investment fund and banks in acquisitions, joint ventures and corporate reorganization.

He holds a bachelor’s degree in Law by State University of Ponta Grossa (UEPG) and a graduate course in Corporate Finances by Fundação Instituto de Administração (FIA).
He a CFA Level III candidate and has the CGA certification (Anbima).

He was an administrative council member of Innova Property Management and participated in the TreeCorp investments in MC1, Conseg and CDB Medicina Diagnóstica.

She holds a bachelor’s degree in Business Administration by Mackenzie University and a graduate course in Risk and Fraud Management and Compliance by Fundação Instituto de Administração (FIA).

She held the CFO position of the invested company Suplicy Cafés.

Bruno joined Treecorp as a trainee in December 2016. He works in new opportunities analysis and support to invested companies.

Bruno holds a bachelor’s degree in Economics by Insper.

Paulo holds a bachelor’s degree in Administration by Insper, with an exchange to the University of Mannheim in Germany.

Elaine Cavalcante entered TreeCorp in 2013. She is responsible for the company’s financial and administrative areas.

She holds a bachelor’s degree in business administration by Universidade Nove de Julho.

Roberto Justus is an advertising agent and one of the most renowned Brazilian businessmen. He is also a TV host. Gained prominence with the presentation of “O Aprendiz”, broadcast by Record. He began his career in the advertising market as a partner of Fischer & Justus Comunicações. Soon, the company became reference in the advertising market. In 1985, Fischer & Justus merged to the multinational Y & R, becoming F, J, Y & R. In 1998, Roberto created the Newcomm Comunicação. In only ten years, the business became the Group Newcomm, one of the main groups in Communication in Brazil and internationally. Roberto was considered one of the “Most Admired Leaders” (Research of the Grupo DMRH/ TNS Research International) interviewing more than 25 thousand young university students and graduates.

He holds a bachelor’s degree in Business Administration by Mackenzie University. 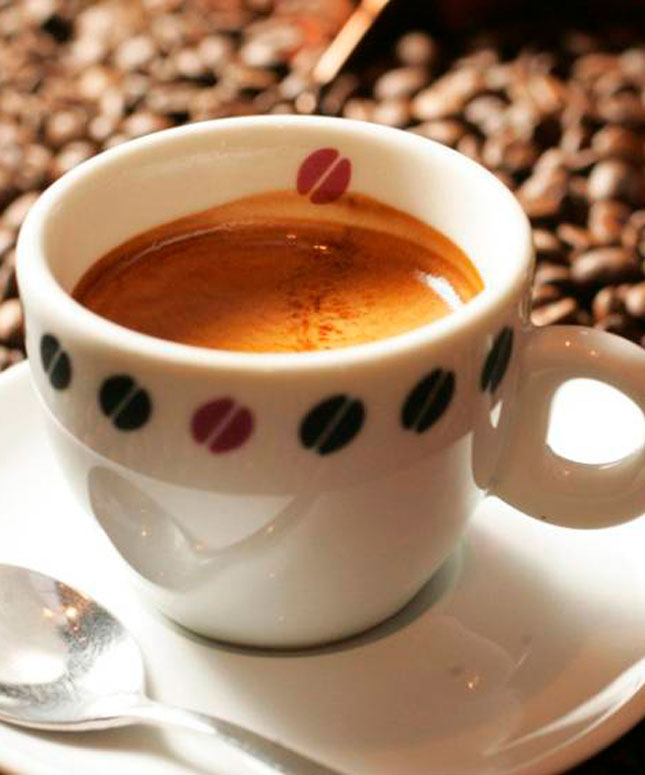 Suplicy Cafés is a leader in the special coffee segment in Brazil. Focused in quality, the beans are from certified farms and are prepared in a way to meet the quality profile that better demonstrate the flavor of the Suplicy coffee. Currently, it is present in São Paulo, Rio de Janeiro and in the Federal District, throughout its 19 units. http://www.suplicycafes.com.br/ 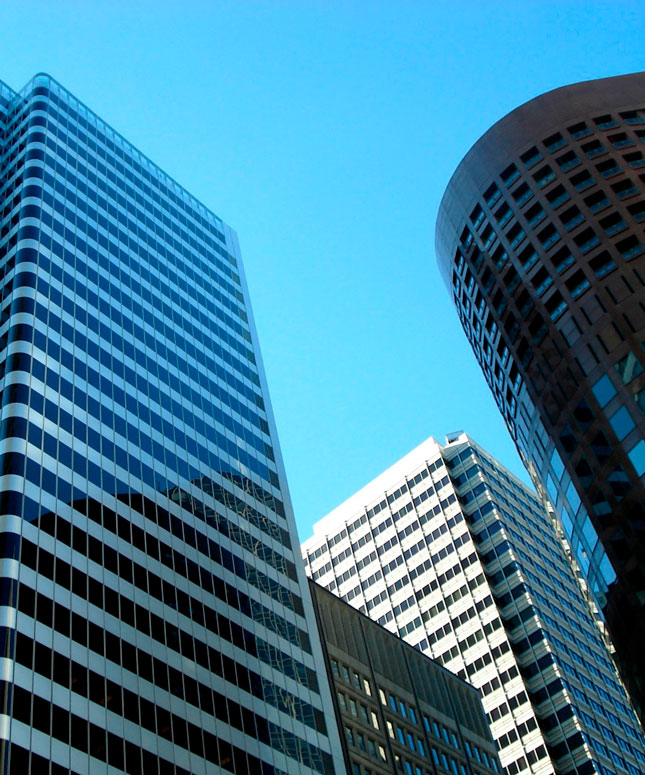 Innova works with condominium management through facilities, utilities and contract management focusing on saving and adding value to its partners’ property. Currently, it is responsible for the management of more than 75 businesses and around 4 million square meters managed across the country. http://www.innova.net.br 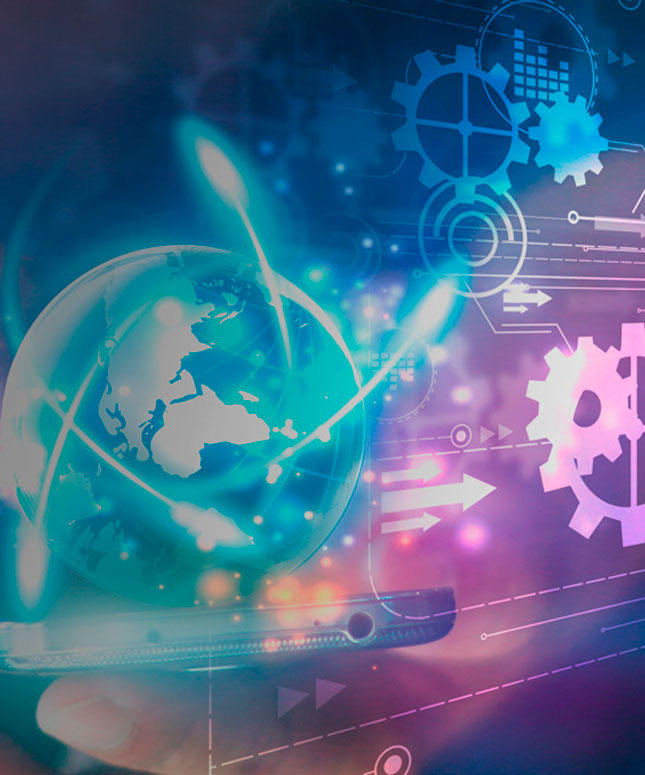 MC1 is a leader in commercial processes automation and sales intelligence in Latin America, focusing on increasing productivity of field operations. The company provides solutions for sales force and trade marketing which ensure the perfect execution in the end. It has a digital assistant that provides real-time information and orientation ensuring successful business strategies of its clients.  https://www.mc1.com.br 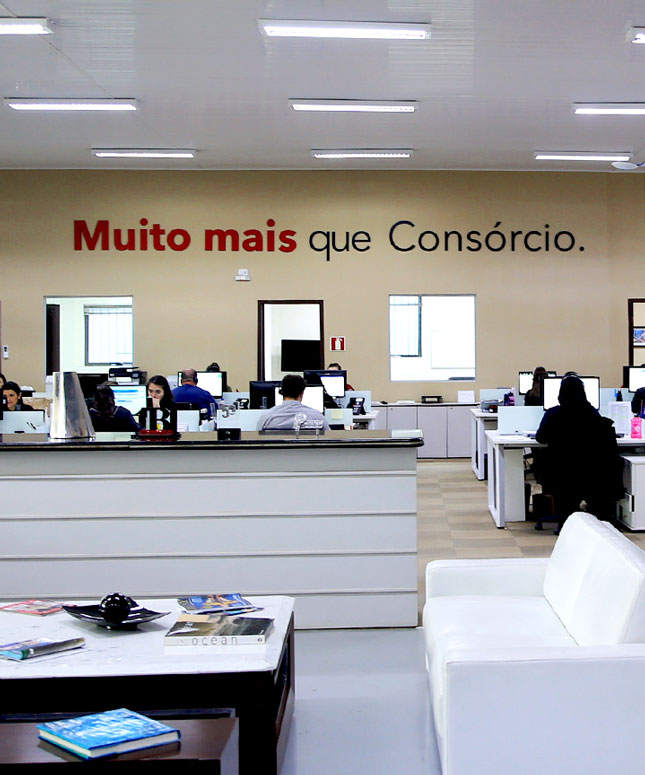 Conseg is one of the biggest buyer’s association business in Brazil and has been operating for more than 25 years with renowned brands of vehicles, production assets and real state, as: Iveco, New Holland, Mitsubishi, Suzuki, among others. Until today, more than R$ 11.7 billion in credit has been sold and it is currently managing more than R$ 6 billion. https://www.conseg.com.br

Tecelagem Vânia is owner of two lots located in the neighborhoods of Moema and Vila Prudente in São Paulo, which are part of the TreeCorp Real Estate FII portfolio, real estate investment fund focused on generating income to its quota holders through the purchase and sale of assets with high growth potential. 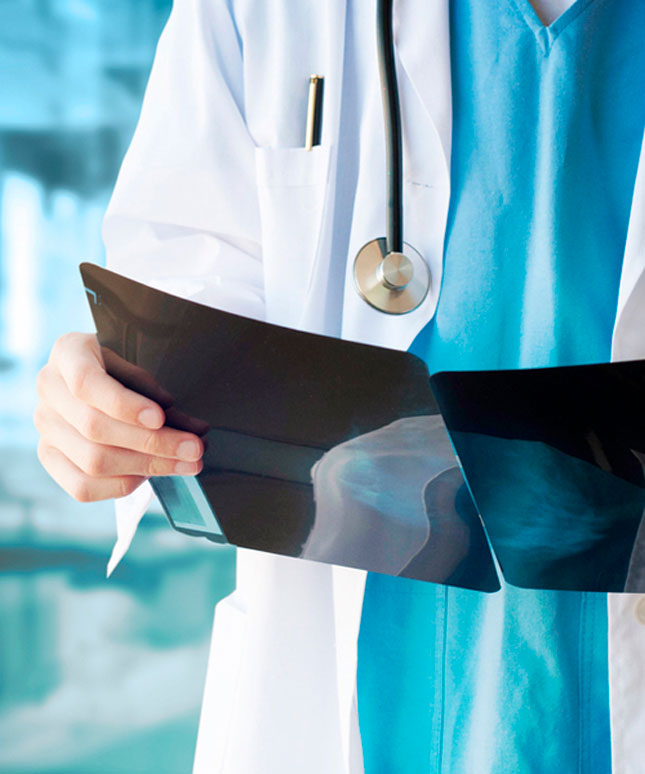 Founded in 1998, CDB Inteligência Diagnóstica is today one of the major and most complete center of diagnostic medicine in Latin America. In November 2014, Treecorp advised CDB during the merger with Alliar, resulting in the third major diagnostic medicine company in Brazil. Alliar is currently present in more than 43 cities of 10 states with more than 120 service units. https://www.cdb.com.br/ 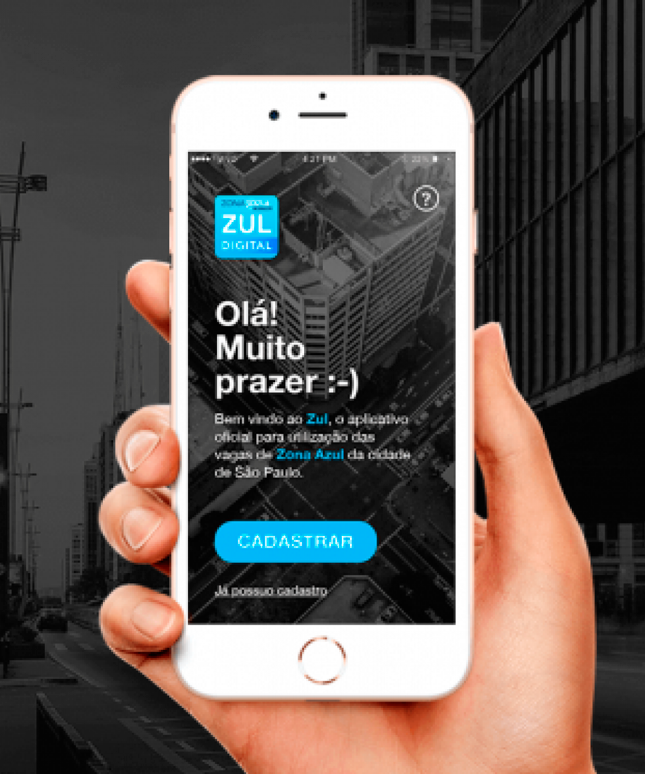 Zul Digital é a leader in sales of “Zona Azul” cards (short-term parking cards) in São Paulo. Fortaleza, Salvador and Belo Horizonte and seeks to offer the best experience for short-term parking payment in the main cities of Brazil. Founded in 2017, the company has around 1.8 million registered users in the app. https://www.zuldigital.com.br 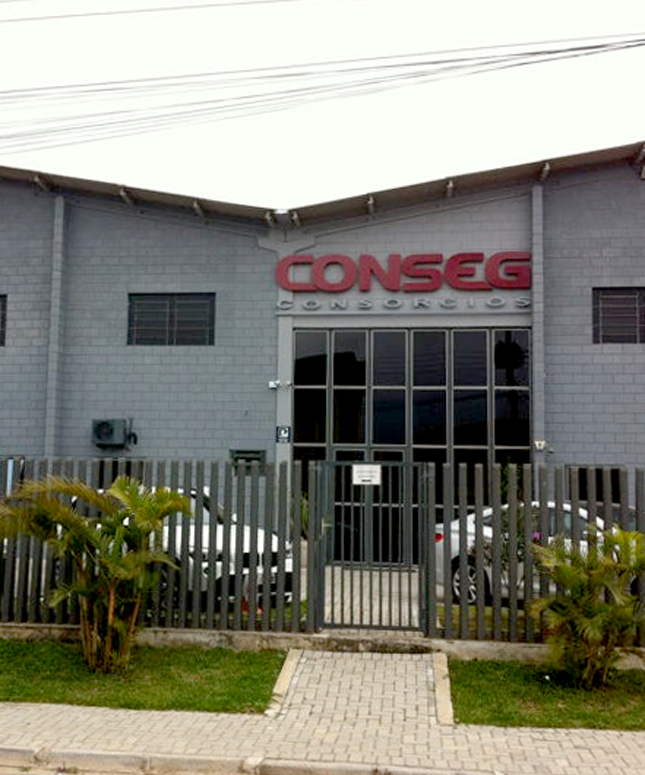